Advertising isn’t always supposed to be art. And Danish low-price hardware store, jem & fix, wanted to get a clear and short message out. And that’s exactly what this concept has done – because we cut out all the BS. In 8 episodes, a royal actor tried to create art instead of advertising. And that didn’t really turn out great for him. The comedy was found in the absurd encounter between a great artist (according to himself) and the art of selling tools and DYI stuff. Because as the director in the episodes says; “It’s just a hardware store”. The campaign has outperformed other communications within the category and helped to make 2019 another record year for the Danish construction market chain. Enjoy. 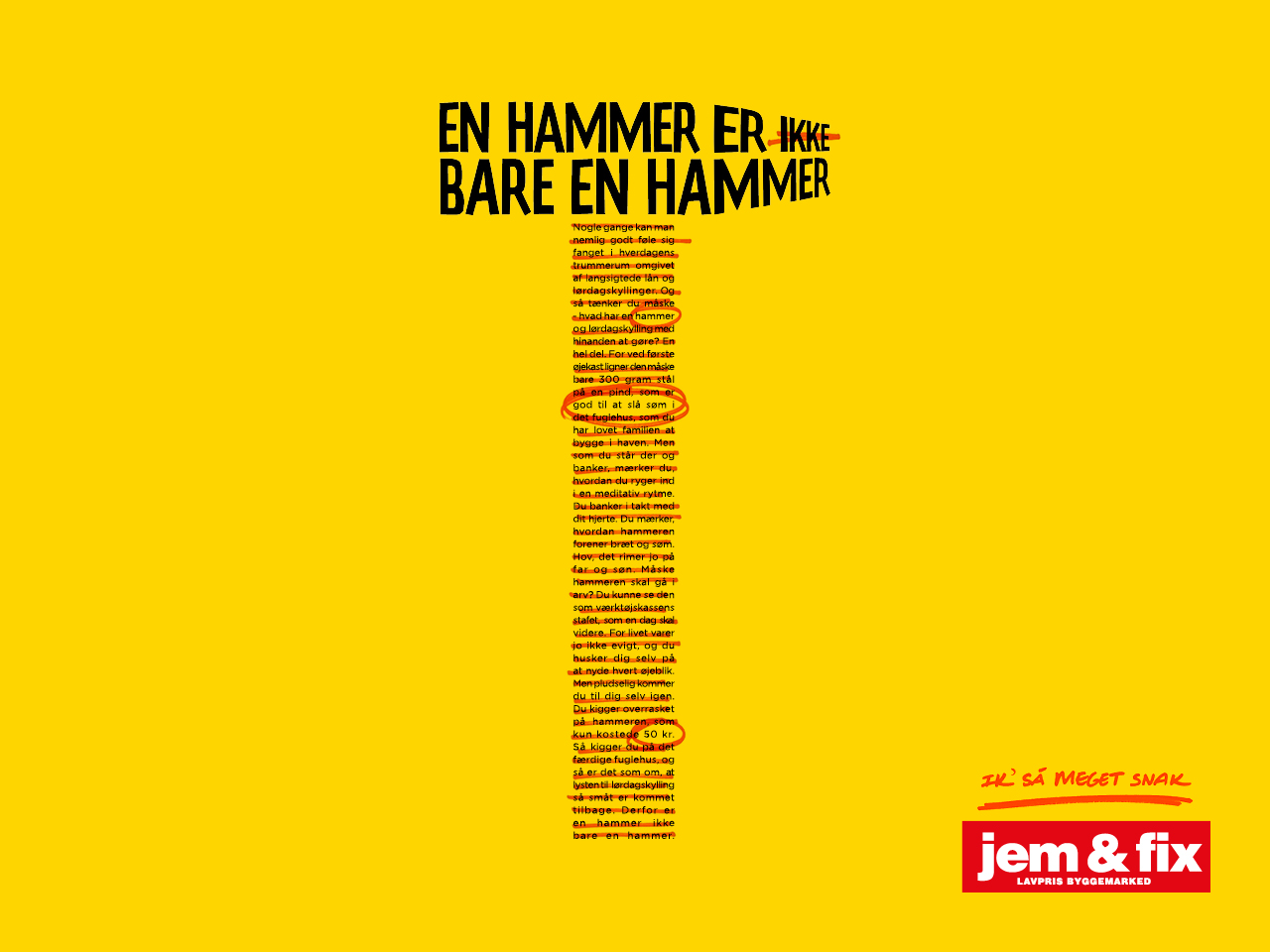 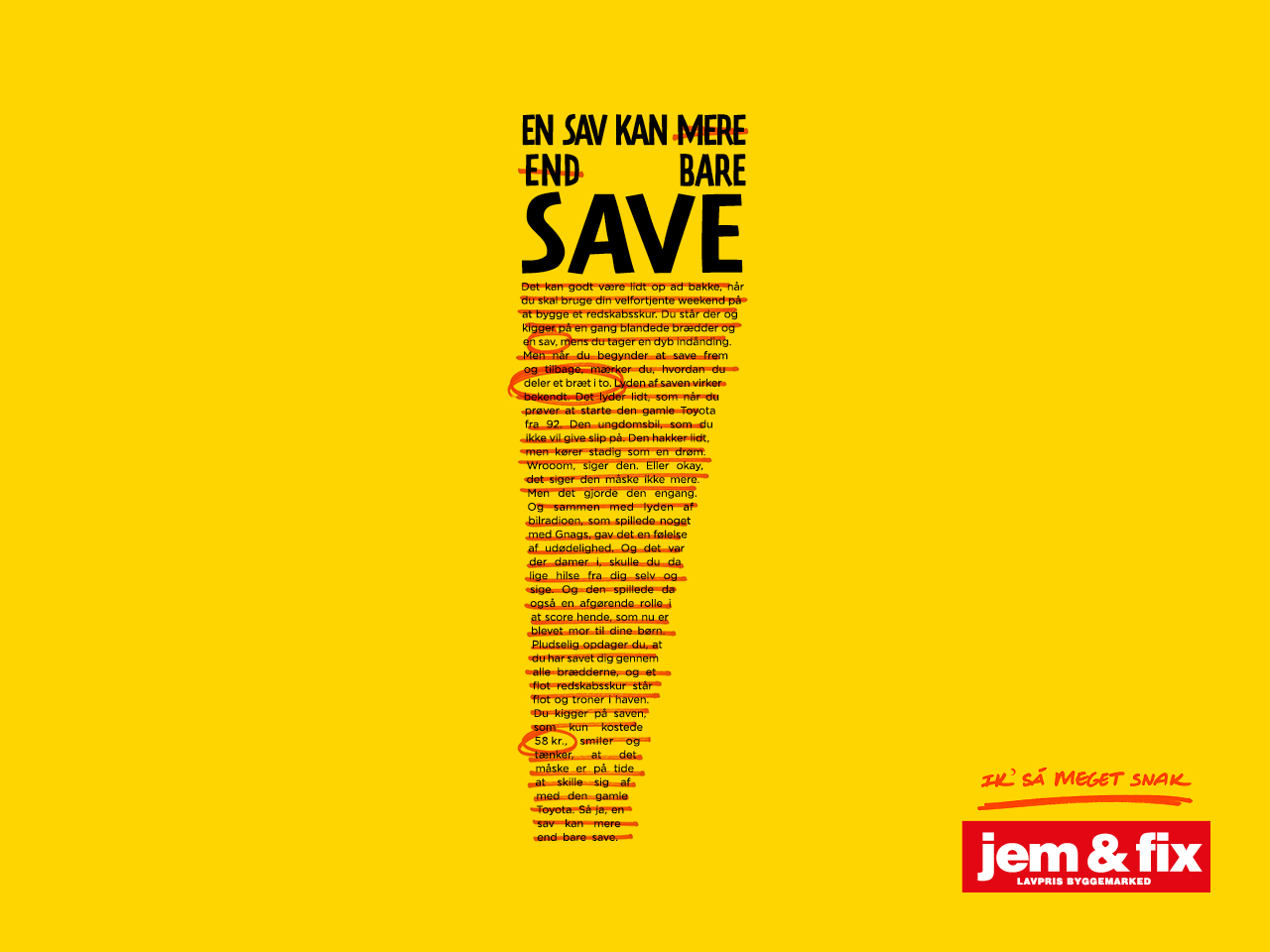 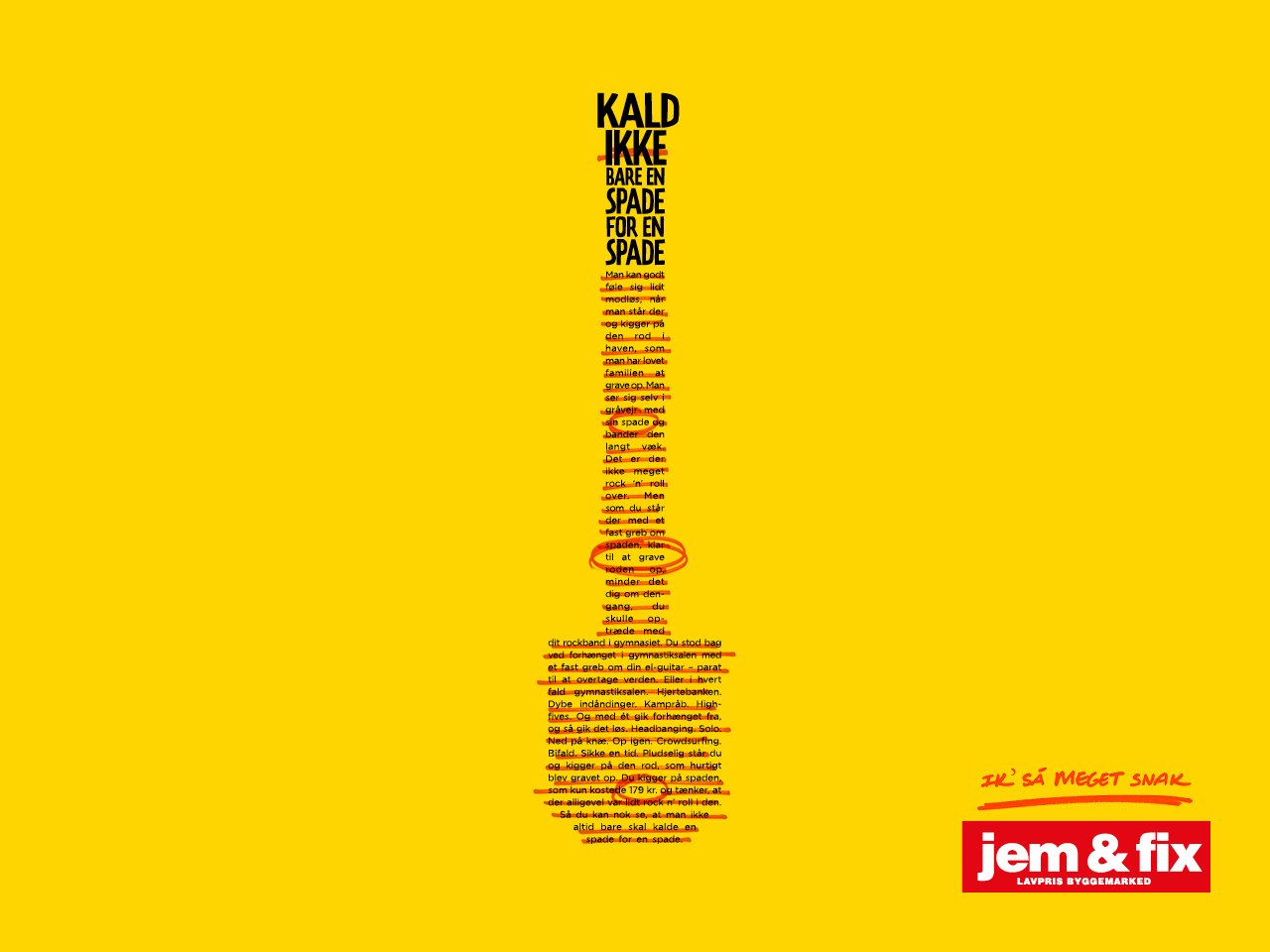