Every photographer knows the feeling of missing a shot. This is a tribute to the missed shots. We got world-renowned photographers to share their stories and describe the ones that got away. To pay tribute to the missed shots, we treated the typography with the same effect that caused the shot to be missed. The stories were framed by a Canon viewfinder to symbolise an empty frame – a missed shot. The ad was named after what the image would have been featuring and the name of the photographer. Because Canon want’s to pay tribute to great photographs. Even the ones that were never captured. 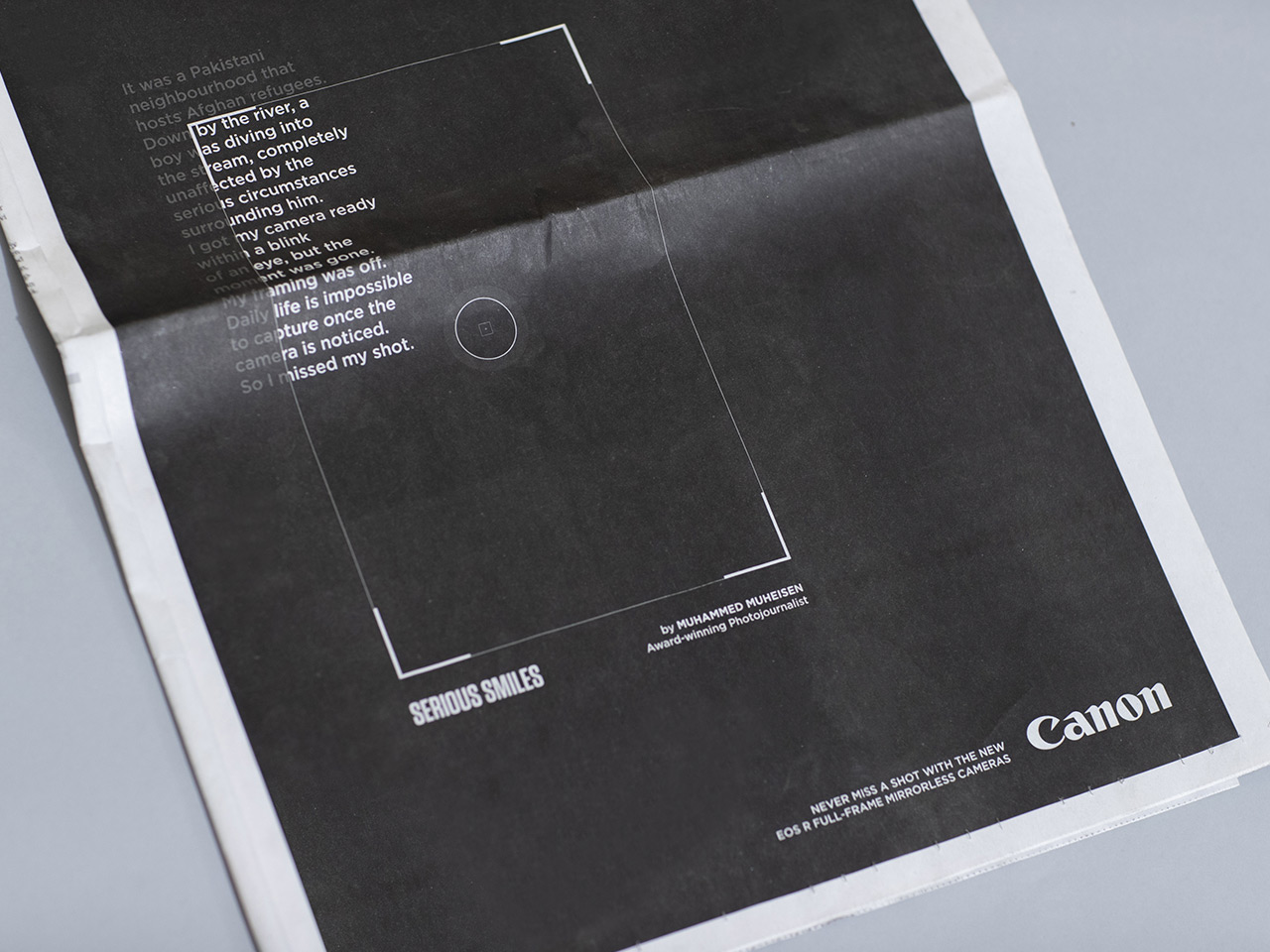 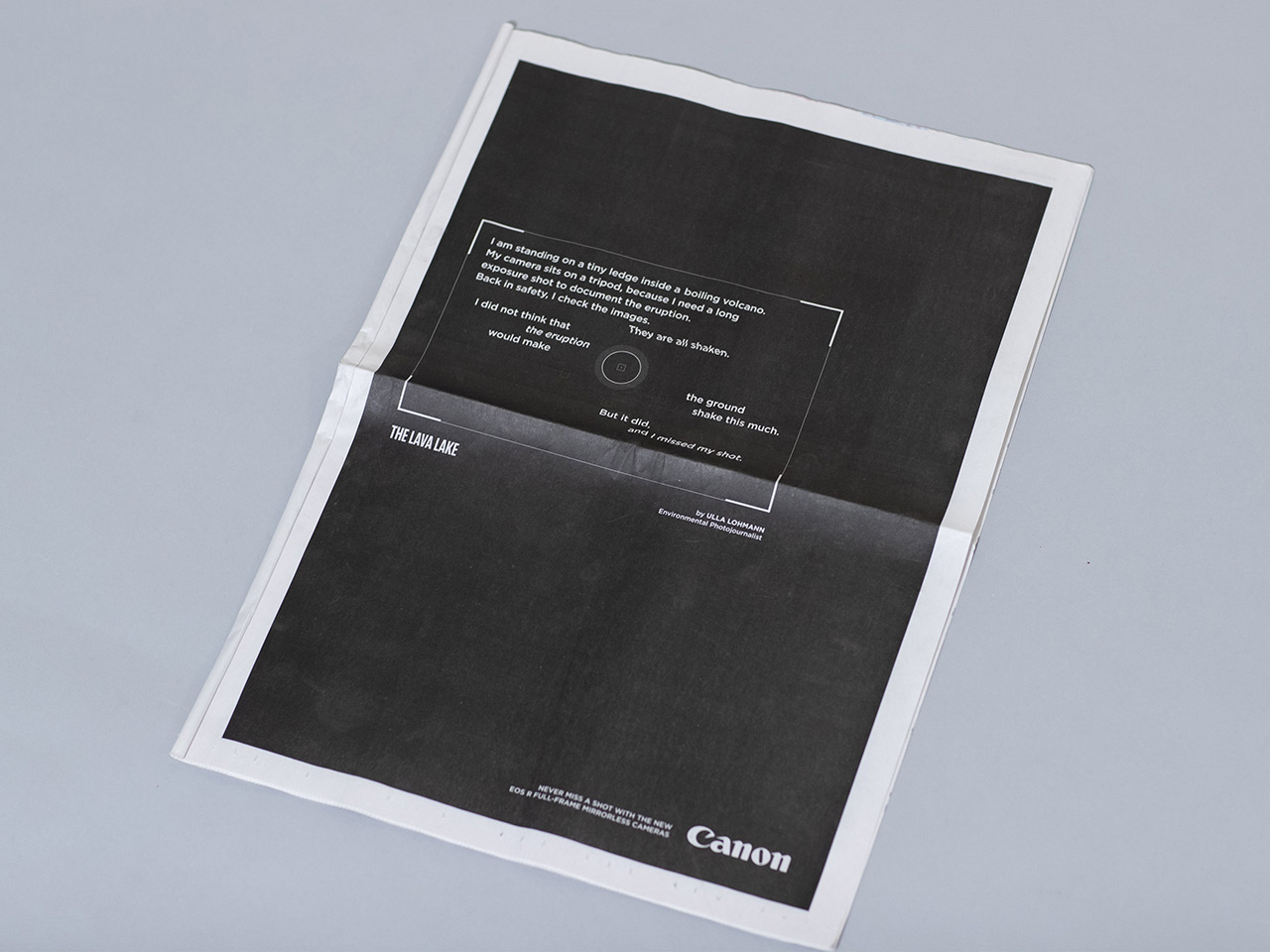 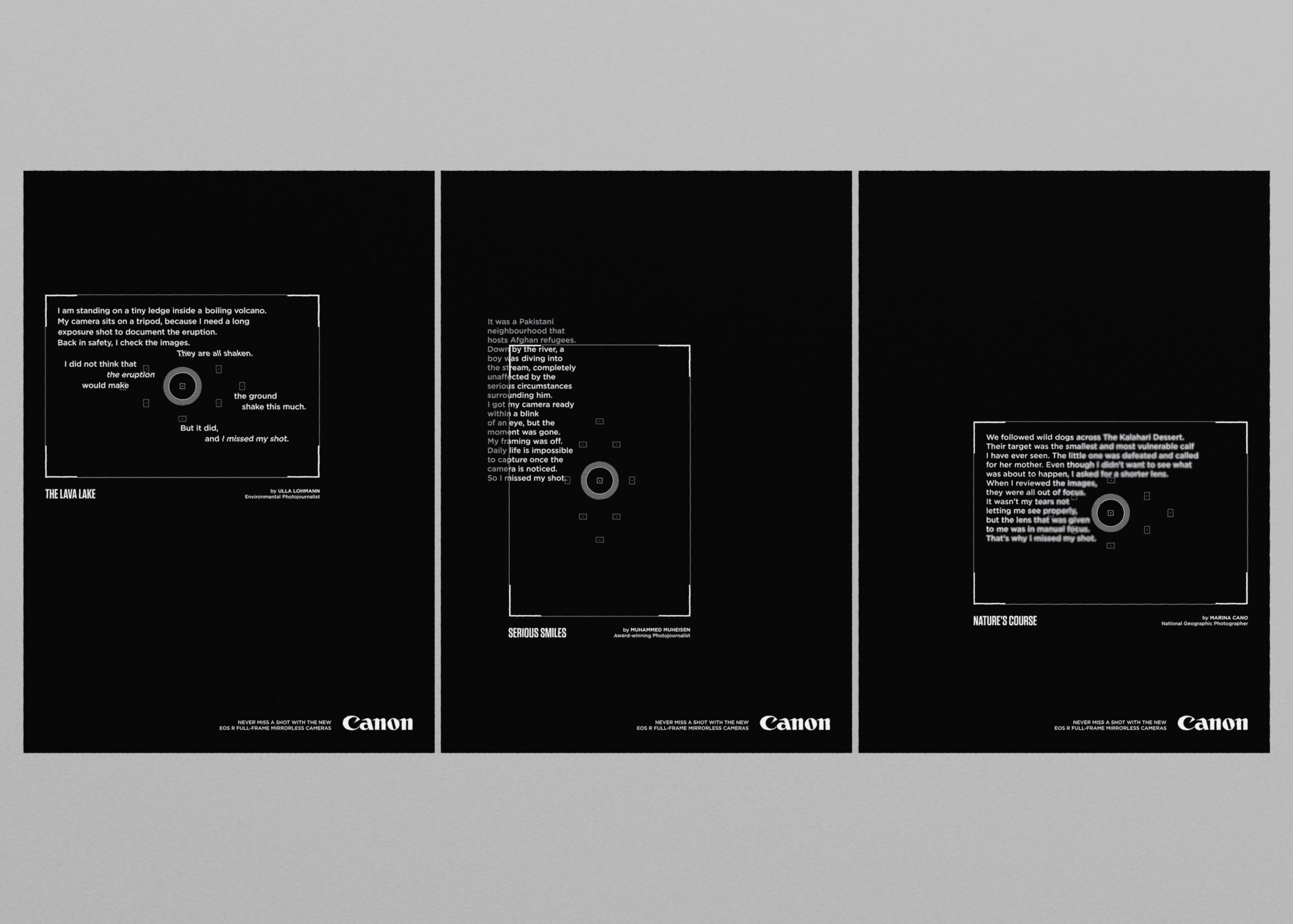